“You know, constellations do not exist. Humans need to weave links in the void, to draw imaginary lines between the stars. To give meaning to the void. To tell a story. We do what every human being needs to do : build their own story.” 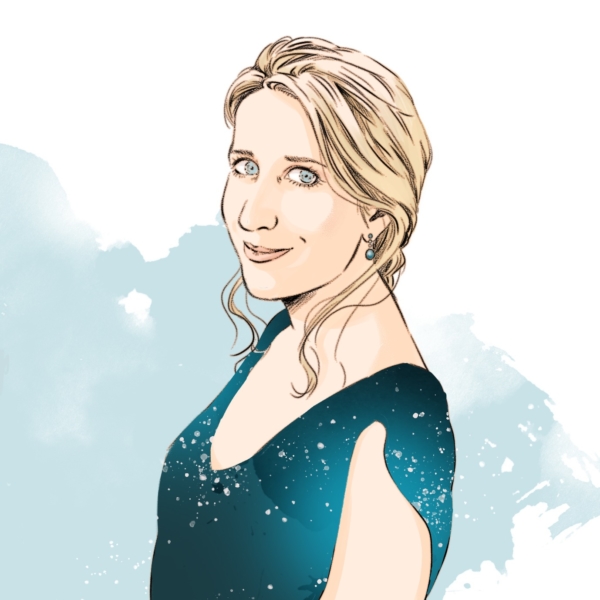 Samantha Bailly is attracted to all genres and mediums that challenge her imagination.

Her first novel, Oraisons, came out when she was only 19, and won the Imaginales des Lycéens prize. She wrote about thirty books : novels of contemporary literature, fantasy sagas, youth albums and mangas.

Her singularity was noticed through Les Stagiaires and Nos âmes jumelles, which paint the portraits of a generation, brilliantly and sensitively.

She launched her YouTube channel in 2017. It is dedicated to creative professions, it quickly became a reference in this field.

At the same time, she is deeply socially committed to artists-authors and the recognition of their status.

Each tiny house is named after a star, which becomes a source of inspiration. Rigel is a blue supergiant. It is the brightest star in the constellation of Orion, and one of the brightest in the sky. The star is at a distance of about 910 light-years; in other words, the brightness you see in the sky started from Rigel 910 years ago, travelling at a speed of 300,000 km per second !

Its name comes from the Arabic «Rijl al-jabbār», which means «the leg of the giant»: indeed, the star depicts the leg of the legendary hunter Orion. With so many bright stars, the constellation of Orion is one of the oldest our civilizations have ever imagined… in very different forms ! The Sumerians drew a sheep, the Egyptians saw an offering to Osiris, and in China, Orion is one of the 28 lunar lodges of astronomy.